2020 was a big year for the wireless industry. The start of 5G, while hotly anticipated, was kind of a flop outside of some select places. Today, we thought we would discuss the changes and considerations that the telecoms are going to have to confront in 2021.

At the start of 2020, Verizon was clearly the largest carrier in the United States, followed by AT&T and the merging T-Mobile and its target, Sprint. At the time, Verizon’s focus was on millimeter-wave networking within certain cities while T-Mobile was committed to a low-band, nationwide 5G offering that was pretty close to 4G. AT&T had diversified, focusing their efforts on both.

Now, in 2021, Verizon is still the largest carrier, but T-Mobile has since overtaken AT&T and now leads in terms of 5G network availability. Their mid-band network also offers faster speeds and improved coverage. These are, of course, national statistics, so things may vary in your area.

As a result, Verizon and T-Mobile are locked in fierce competition, both making ambitious plans for the coming weeks and months. T-Mobile wants 200 million people covered by its mid-band network by the end of the year and has already launched a standalone 5G network. Verizon, soon to implement a 5G network itself, has committed to millimeter wave and is focusing on improving the 5G coverage in the cities where it is already available. Both are also strategizing ways to incorporate 5G’s potential where home broadband connectivity is concerned.

Meanwhile, AT&T is focusing on the responsiveness of their 5G network.

As a relatively new technology, there’s a lot yet to be done concerning 5G. As far as low-band connectivity is concerned, it isn’t much different than 4G… although this will likely change. The Federal Communications Commission has been auctioning off more space in the mid-band network, and both Verizon and T-Mobile have been participating enthusiastically. One way or the other, any impact this auction has likely won’t come into effect for another two to three years at the minimum.

As a result, it is safe to say that 5G will ultimately have strong influence on mobile connectivity and its uses… it’ll just be awhile before we see the results. How do you anticipate 5G to affect your business and its operations? Leave your thoughts in the comments, and for any assistance with your communications or any aspect of your business’ IT, give us a call at (214) 544-3982.

Facebook Twitter LinkedIn
Tags:
Network Communication Mobile Device
How We Expect Business Technology Will Behave in t...
3 Apps That Are the New Face of Collaboration

More posts from author
Monday, January 18 2021 Tip of the Week: What to Do Before You Lose Your Mobile Device
Friday, January 15 2021 Considering the Status of Net Neutrality in 2021
Wednesday, January 13 2021 Why Software Patches Can’t Be Back-Burnered 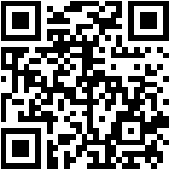