Hosted Desktops and How They May Be Right for You Upgrading your business’ technology can be extraordinarily expensive. If you’ve been using the same desktops for years, but don't necessarily have the money to upgrade your whole business’ IT, an option that you can consider is deploying a hosted desktop. Today, we will define exactly what a hosted desktop is, and why it is a good solution for companies that are in a bind.

What is a Hosted Desktop?

A hosted desktop is a computing system that looks, feels, and operates like a desktop, but is broadcast from virtual machines running in the cloud. Also known as a Desktop-as-a-Service (DaaS) solution or a virtual desktop, the hosted desktop is deployed from a central location to workstations, known as thin clients. A hosted desktop gives users access to all the software they need to be productive, collaborative, and secure. In fact, even the sign-on process is similar to the ones you’ve come to know and use.

What Type of Business Can Use Hosted Desktop?

Most of the time, you’ll see hosted desktop solutions rolled out in an environment where the deployment of individual machines isn't technically mandatory. You will also see companies that rely on remote workers take advantage of a hosted desktop. Professional service companies, hospitality, and companies that focus on technology make up for a lion’s share of the companies that use hosted desktops, but non-business entities like nonprofits will often use them as they are an affordable alternative to spending huge sums on hardware.

There are several benefits of using a hosted desktop. They include:

The hosted desktop can really help organizations that are actively searching for a way to avoid huge hardware upgrades, while providing the reliable computing resources their employees need. Call Network Computing Technologies today at (214) 544-3982 for more information. 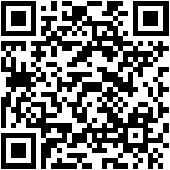